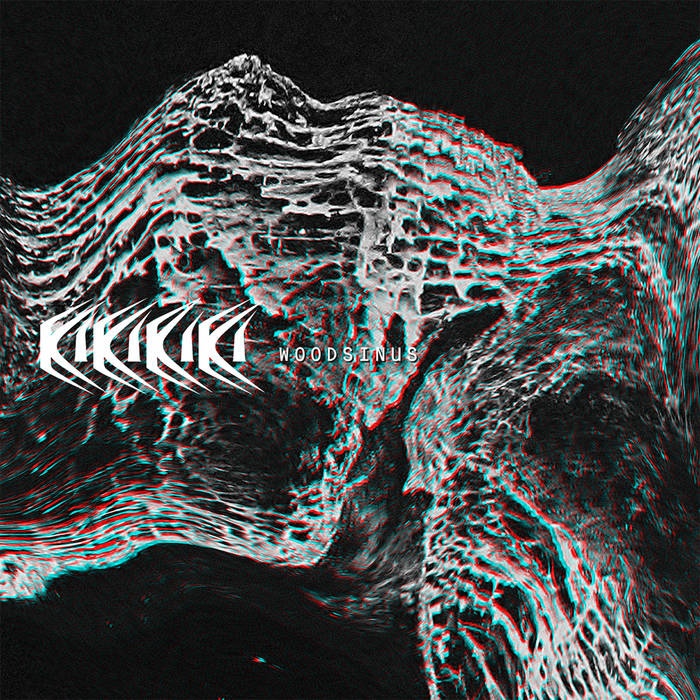 Sound is infinite. So says Nina Farič, the woman behind Kikiriki noise project. Despite the fact that she seems no stranger to psychedelic overtones in music, she's actually refering to infinity in very practical terms. An abundance of creative tinkerers and inventors making sound-producing machines and electronic kits makes her feeling constrained and limited. Or as she says: “your hands are tied”. Information society shrinked the world so that knowledge about existence of sonic generators and effectors seems constantly around the corner. Do-It-Yourself approach is preferred, either out of financial necessity or simply because something special happens when soldering your own electronic circuits. Ghetto-style. But one’s hands are tied also from an aspect of searching of one's own sonic self, own sound technique, a noisy musical language, which would scream out (or just as well subtly layer) the pains and the joys of this weird thing called life.

Kikiriki's music work is intimately connected with electricity and its sound. Amplified. The analogue way. No zeros and ones. Continuity of a wave, like a radio frequency. Via skill-sharing workshops and a scattered community of enthusiasts in Maribor and Ljubljana she learns, solders and coils the wires into various chaotic circuits. Like her own handmade little theremin circuit she often uses on live performances. In fact, for Nina, theremin is the ultimate of all synthesizers. This legendary old electric instrument is a metaphor for demanding dedication required for a complete body and mind control. Clara Rockmore is on rotation at least once a week.

Through the telephone Nina sings me a Star Wars theme. Oddly enough I hear the sound of a theremin. Electricity is a basic element like water, earth, wind and fire. A basic force in the universe. Galaxies, stars and planets – Kikiriki is a space fan. This also guides a part of her worldview – to see things from a distance, from above, from space. A cosmic perspective transforms our tragedies into fleeting minutiae, insignificant bleeps in the deaf void of space. While Nina describes our tininess as funky, the planetary sounds created back here are spacey and psychedelic. This feels like the origins of dub (which Nina spins in wide range of forms as a DJ, a selecta Madamdub) where Lee 'Scratch' Perry is known to have claimed he lives in a studio spaceship receiving music from his fellow aliens. What seem to matter even more is that the origins of dub are connected to pioneering use of very basic studio effects: delay and its feedback, always organic and manually controlled and with multiple overdubbing – a very technical and exploratory aspect of a scene that – among plethora of genres – also spun-off what we know today as electronic bass music.

All the while, Kikiriki works in the direction of the exploration of noise. She is not new to a musical stage. After singing and playing bass in number of bands she finds a relief from being a frontwoman, a freedom in solo live noise performances, where unexpected and peculiar sonic events happen. But the solid backdrop is a synthesized and processed sound of bora, a sonic foundation associated with the sound of a cold northerly adriatic wind without which the rest of her noisy sound excursions wouldn’t make much sense.

And indeed, the sonic exploration on this record is slowly pulsating, analogue, persistent, and indifferent to your expectations of temperature. At first it would seem like it is nothing there, but after you settle in, funkily enough, some kind of warmth pours out of swathes of low-grinding noise.

..one woman live noise band, playing experimental, freestyle noise of all kinds. Music is produced LIVE on stage or in the studio with different machines, such as synths, micro theremin,vocals etc.KIKIRIKI loves to colaborate with other musicians and is a big music geek. Startin from the first recordings, through out the psych sixties, all through metal music and noise all kinds!
ninaf@gmx.com ... more

Bandcamp Daily  your guide to the world of Bandcamp